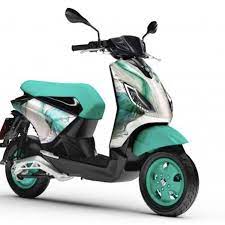 With measures being taken in multiple countries to accelerate the adoption of electric vehicles, particularly scooters, it’s no surprise that manufacturers big and small are scrambling to launch the next big thing in the lightweight electric vehicle (LEV) segment. India has long been at the forefront of the electric revolution, with several companies both big and small investing a lot of time, money, and effort into the EV scene.

Latest reports suggest that Italian motorcycle conglomerate, Piaggio, is working hard to release a new electric scooter specific to the Indian market. The large automaker has 2024 in its sights as a realistic go-to-market timeline for the new scooter. This begs the question: what could be in store? We already know that Piaggio has quite a number of electric-powered scooters in its arsenal. In fact, the Piaggio One, the most likely candidate for a production-ready electric scooter, was showcased in EICMA last year. Given that Piaggio’s new scooter won’t debut for another two years could mean that they’re coming up with something special.

What we do know is that Piaggio India is over-engineering its go-to-market strategy for this scooter. In a way, it wants to future-proof the machine such that it could be priced competitively even without government subsidies, i.e., when electric scoters become the norm rather than the exception. At present, several LEV startups are indeed relying heavily on government subsidies in order to leverage manufacturing advantages, as well as of course, being able to sell them at competitive price points.

India CEO and Managing Director Diego Graffi acknowledges the rapid growth of the electric two-wheeler industry in the region. “We are interested in providing customers with a solution in the two-wheeler space that (makes sense) even beyond the effect of subsidies. It is a matter of fact that the players that have entered recently in this space are gaining volumes on the base of subsidies.” 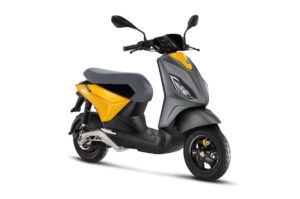 Furthermore, Graffi hinted at how specialized the new scooter will be in the Indian market adding, “We just don’t want to enter the market for the sake of entering. We will have a powertrain that will be based on our specifications. We do not want to take anything off the shelf. That’s why it’s taking more time.” All that being said, chances are great that the upcoming Piaggio electric scooter will play in the entry-level to mid-tire range, and will compete with the likes of the Ather 450X and Bajaj Chetak electric scooters