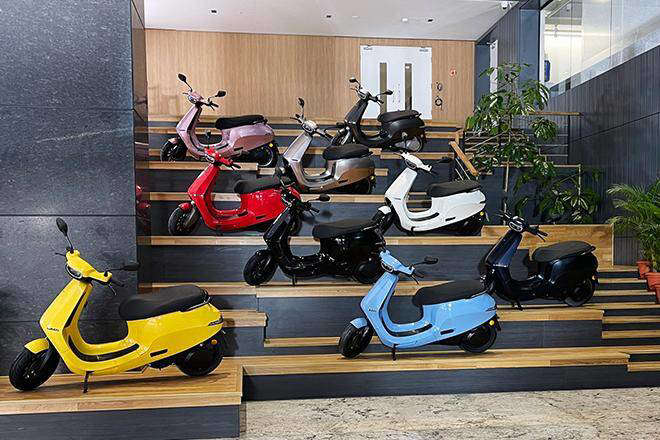 Ola co-founder Bhavish Aggarwal on Thursday said Ola Electric sold scooters worth over Rs 600 crore on the first day of sale of its model S1. As reported earlier, the company had on Wednesday commenced the sale process of its e-scooter, which comes in two models – Ola S1 and S1. 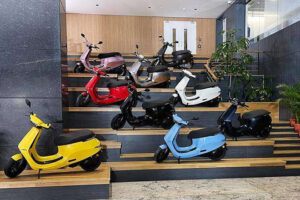 “India is committing to EVs and rejecting petrol! We sold 4 scooters/sec at peak & sold scooters worth 600Cr+ in a day! Today is the last day, purchase will shut at midnight,” Aggarwal said in a tweet.

In a blogpost, he said after the purchase process started, consumers responded by booking the Ola scooters in “unprecedented numbers”. Noting that the company had sold scooters worth over Rs 600 crore in 24 hours, he said, “That’s more, in value terms than what the entire 2W industry sells in a day! Make no mistake, the age of EVs is here.”

“This response is beyond our expectations and given our production plans in the coming months, today will be the last day for consumers to purchase their Ola S1 and S1 Pro scooters. Those who have already reserved can purchase until midnight tonight at which point, the purchase window will close,” he added.

Aggarwal further said India has huge pent-up demand and a massive domestic market for two-wheeler EVs. “We must leverage this to drive innovation, a robust local EV ecosystem and make India not only a big EV market but also a global EV manufacturing hub,” he added.

While the sale of the e-scooter was to start on September 8, it was postponed by a week to September 15, as the company faced technical difficulties in making the website for purchases live for customers. The e-scooter is currently available for purchase only on the Ola App and not on the website. Deliveries will start from October. Buyers will be notified of the estimated tentative delivery dates within 72 hours of purchase.

The company had, on August 15, unveiled its Ola S1 electric scooter in the two variants – S1 and S1 Pro – at Rs 99,999 and Rs 1,29,999, respectively, (ex-showroom including FAME II subsidy and excluding state subsidies). Ola Electric had opened pre-launch bookings of its electric scooters in July for Rs 499 and had received 1 lakh orders in just 24 hours. However, the company has not disclosed how many orders it has received so far.

Ola is setting up a manufacturing plant spread across 500 acres in Tamil Nadu with an investment of Rs 2,400 crore. The company had said it would initially start with 10 lakh annual production capacity and then scale it up to 20 lakh, in line with market demand, in the first phase. Ola Electric had claimed that its plant – when fully completed – would have an annual capacity of 1 crore units, which would be 15 per cent of the world’s entire total two-wheeler production.